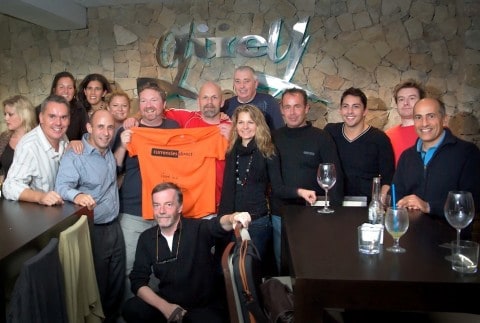 Twitter is an increasingly popular social networking tool, to keep up with friends, research your favourite topics and do business. Twitter asks one question, “What are you doing?” and answers must be under 140 characters in length. This concept has captured the imagination of web users throughout the world and now has more than 100 million registered users worldwide.

Twitter users in Marbella can put a face to an online name once a month at Tweet Marbella. This is an informal, bilingual and free networking event taking place in the evening on the first Wednesday of every month. You don’t have to be a Twitter expert to attend, everyone is welcome. It’s a social, fun and friendly networking event allowing people who are in contact online to build relationships offline and this concept is proving very popular, attracting between 30 and 100 people each month.

Organiser Nicola Erlich wants to welcome as many people as possible to this exciting event. ‘Tweet Marbella started back in early 2009 as a way to meet people I was in touch with via Twitter in my area, and I’ve been amazed just how well it’s been received. Since its early days, it seems to be as much about other social media, such as Facebook as it is about Twitter. There’s a real mix of Spanish and International attendees, both regular ‘tweeters’ as well as those who are simply ‘Twitter curious’ all keen to meet new people and learn more about the online world. It’s a great place to socialise and do business and it’s great to see really fruitful business relationships developing. We’re building a Tweet Marbella website where people can promote their businesses and I’m really excited to see the group grow.’

More details from this site