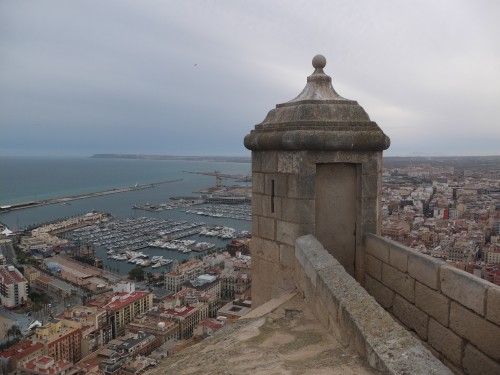 Alicante City- A real taste of the Mediterranean

Bohemian, friendly, historical and modern – THIS is the Med’!

Over 3 million visitors hit Alicante’s beaches, shopping streets and historical old quarter every year and it wasn’t any different three thousand years ago with Greeks, Phoenicians, Iberians and Romans all having a go at the place.

Located on the coast of south east Spain, Lucentum, Alacant, Alicante…call it what you will but from those humble beginnings Alicante has risen to become the capital of the Province of the same name and nowadays invites the visitor to ‘come and get it’ with a fun and adventurous way of going about things and with a castle, street life and old quarter all brimming with attitude.

Home to the Volvo ocean race the impressive port is what first brought trade to the city and still does with over seventy cruise ships calling in, bringing with them over 110,000 people to sample the typical friendly Mediterranean culture that this fabulous place offers.

Strolling around and one is in amongst pavement artists and the ‘hippy huts’ all sell their wares on the beautiful esplanade which was built using the ruins of the old city walls and boasts over 6.6 million tiles in the mosaic that runs along the seafront and ‘La Rambla’ is a must for anyone looking for some nightlife. Don’t forget the local urban legends too of the beautiful Carbonell House on the seafront or the Moor’s face said to be carved into the rock by a mourning ruler centuries before.

Come meal times and you are spoilt rotten for choice in Alicante with its outstanding reputation for great food typified in its specialty of local rice dishes although its range of international cuisine will have your taste buds bouncing up and down too! And with a year round climate that was declared the healthiest place to live in Europe (WHO 2006) visitors can enjoy this lively, modern but historical city at any time of the year.

The Romans, as ever, where the first to really put Alicante on the map and so they should they had seven hundred years to do it in but it was in the eighth century that the Moors arrived and civilised the place somewhat, bringing irrigation, medicines and books amongst other things. Over the next four or five hundred years the city was under the rule of various leaders until the thirteenth century when it was claimed by the Catalan King Alfonso and later James II of Aragon under whom it became a Royal Town and had its first representatives in the Valencian parliament.

Two hundred years later the city was booming mainly because of the growing demand for Alicante as a trading port and its exports of rice, oranges and wine to name just a few but, as ever in this City’s past, it didn’t stay quiet on the fighting enemies front for long and for the next three hundred years or so they fought a number of battles and were bombarded by the French and the British at different times over the period until along came Word War I which brought opportunities for a neutral Spain with the country benefitting from the increase in trade from fruit and food to military uniforms, all were readily supplied to the world at war.
A few more skirmishes in North Morocco (Rif) followed the war as did the abdication of King Alfonso XIII and the declaration of the second Spanish Republic in 1931.

The civil war came in 1936 pitting families and friends against each other and ending with Spain having a new leader, General Franco who was to stay in power and oppress many in Spain for the next thirty nine years.
However, towards the end of his life Franco did take some credit for the start of tourism to Spain which saw over one million passengers arriving in Alicante at the new El Altet airport by 1970 and with the popularity of the region for its beaches and good all year climate that figure had doubled to two million by 1978 and by 1996 over nine million visitors were heading to Spain through Alicante airport. The new airport, finished in 2011, has a capacity for 20 million passengers per year. 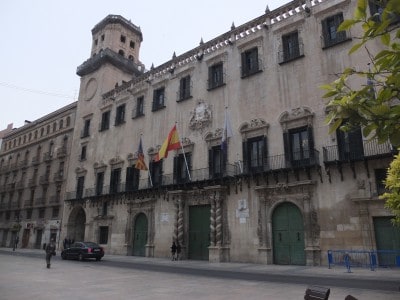 Historical and cultural Alicante may well be but it certainly has not dwelt on the past and along the city’s streets you’ll find the latest stores blending nicely with the traditional shops as you head down into the old quarter. Here you can soak up real Mediterranean life amongst locals going about their daily business as you head up to the sixteenth century Hermitage at Santa Cruz and then carry on climbing to the eleventh century Santa Barbara Castle itself that impresses every visitor to the town form below looking up to those who venture inside the castle’s formidable walls.

Bohemian this city certainly is, whether its the narrow streets and the chic and trendy cafes in the old quarter or its museums and art galleries. Stylish, historical, modern – many words can be used to describe this now peaceful seaside city that just oozes with tradition, history and culture. And with some of the best fiestas to be found in Spain, the city is alive with something going on somewhere at all times of the year.
Alicante IS the Mediterranean and just a short walk at lunchtime along the narrow streets of the old quarter and you will soon savour the scent of saffron drifting out of restaurant kitchen windows as the day’s paella is prepared by the truck full!

But in Alicante City it’s not just the food that invades your senses but the culture itself. Whether that means sitting at a street café and dining on typical Mediterranean fare and perhaps listening to the Spanish guitar being played nearby, or on the port or shopping in Maisonnave (Alicante’s best shopping street). It is all here. Over 10 kilometres of some of the best beaches in Spain, a major airport, huge film studios and centre to the European copyright office means that this city is a cosmopolitan blend of all that is good in Europe and beyond.

Sound good? So, why not ask Dave about a guided historical and cultural tour of Alicante City on 606 540 408 or by email at ask@allabroad.es