Who is Steven Harris? 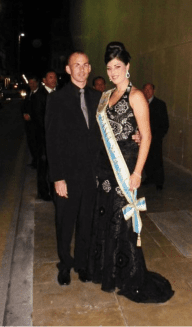 Steven is the son of Terry a friend of mine and supporter of The Shirt project. Tragically, Steven was in a terrible accident. Steven, aged 26, was in a taxi a couple of months ago when at traffic lights in Torrevieja a car jumped the traffic lights and hit the taxi. Steven has been in a coma since and is being treated at Aguas Vivas hospital in Alzira, Valencia for horrific injuries.

Terry and his wife, Pauline have had to put their lives on hold. They have to feed him, shave him, take him to physio twice a day. They have had to move up to Alzira to be near the hospital and have no idea how long this will go on for.

Steven was just about to start a new job. He and his Spanish girlfriend had everything going for them and at the age of 26 the future was so bright. 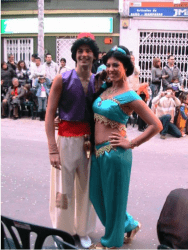 Regular readers may remember a small article we ran in The CoastRider in early November.

A hit and run which took place early last week in Torrevieja has left a young British man in a coma in hospital. The 26 year old was left fighting for his life when a rented Volkswagen smashed into the side of the taxi he was travelling in. The incident took place in the early hours of Monday morning on Torrevieja’s Avenida Delfina Viudes. Two others, including the taxi driver, were also treated for injuries sustained in the crash. The young man had been out celebrating with his partner after receiving news of a new job. As the pair were leaving the area in a taxi, another vehicle broke the lights and smashed into the driver’s side of the taxi. The occupants quickly fled the area while the three victims were rushed to Torrevieja hospital. The Briton was transferred to a specialist head trauma unit in Benidorm Hospital due to the severity of his condition. It is believed that police are currently following strong leads to locate the occupants of the rental car involved in the crash.

As the news broke when we were going to press we did not know who the victim was but he turned out to be Steven Harris and Steven was rushed to hospital in a coma suffering from serious neck, and leg injuries. After an initial period in Torrevieja hospital Steven was transferred to the Levante hospital in Benidorm then back to Torrevieja and then to the Aguas Vivas hospital in Alzira in the province of Valencia, which is a specialist neurological hospital where patients stay on average between 8 and 18 months. Steven is no longer in a coma but unable to do anything for himself and needs constant attention from his parents Terry and Pauline and nursing staff. As a result Terry and Pauline have moved to Alzira where they are renting a house to be close to their son and look after him.

Steven’s father Terry is a founding member of FC Torry Fans the most recent of FC Torrevieja’s supporters clubs. To help Steven and his family, FC Torry Fans has set up a website at http://www.stevensdiary.com/ where you can read about Steven, his progress and some of the tasks involved in looking after him on a daily basis amongst which his parents have to shave him, feed him which is a long, complicated and stressful process wheel him to physiotherapy twice a day and have to restrain him when he frets so that he does not injure himself. However according to the latest entries in the blog on the website when we went to press it seems that Steven is making some slight progress in being able to understand what is being said to him and respond.

Eddie Cagigao, president of FC Torry Fans had this to say, “There are so many things, practical, everyday things that need doing. Terry and Pauline have had to put their lives on hold to care for Steven and although there is very little we can do to help, we are determined to do what little we can.” There is also an option on the website to donate money to help Steven and his family. 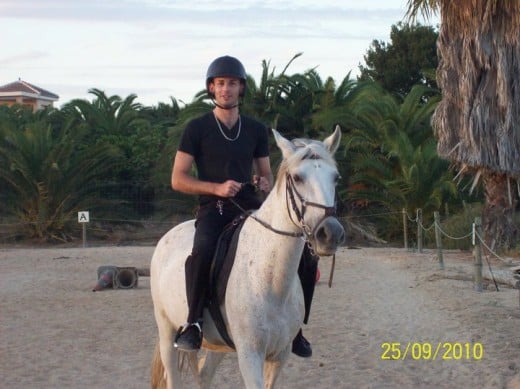