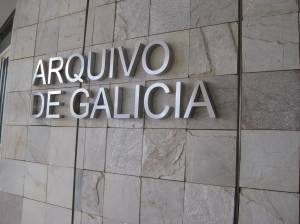 The following article is reproduced by kind permission of GaliciaNorOeste, an essential guide to this fascinating part of Spain. Recommended.

“Much has been written about The City of Culture on Mount Gaia on the the East side of Santiago but ignoring the negative comments regards cost, time, white elephants etc – in the end it`s Very impressive.

So why all the negative stuff?

Imagine the drunk guy in the bar who invites everyone for a drink but in the end has no money to pay for his genorsity, the barman unfamilar with the drunk and his ways, in the end has to pay out of his salary to make the till balance – What happened to The City of Culture is not too disimilar. Replace the drunk guy with the projects decision makers, the barman with the Spanish taxpayer and the people with the free drink – the constructors and architect.

I think from the original planned two buildings the project has involved into six equally ambitious constructions: The National Archive, The National Library, The National Theatre, The National Museum & The National Something Else & A Supporting Administrative Building of equal brilliance and style. Most other major European cities have these buildings but I bet they didn´t try to do build it all at once!

But I like it. It´s really impressive and in a way it would never of happened if the planners had thought about it rationally and consulted with the tax payer about what they would like to be included.

The future: So I was lucky enough to visit the Olympics in 1976, Montreal. When I ever meet someone from that city and I mention I saw Mark Spitz win Gold in the pool their reply is something like the following “Great! We´re still paying for your visit, Thanks!” Without doubt that will happen here – Probably best to make light of it until the debt is paid.” 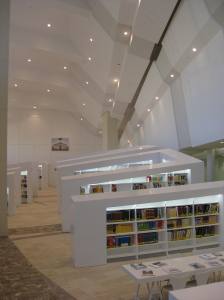