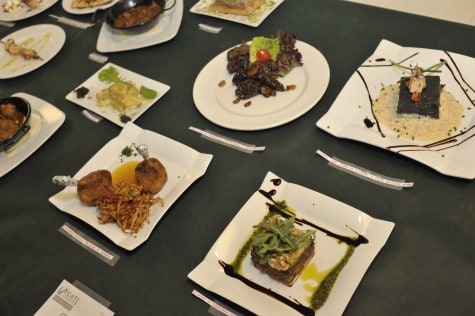 LA RUTA de la Tapa is an initiative idea that celebrates its seventh edition in Torrevieja this November. The main objective is to promote and publicise the values of Torrevieja and the gastronomic delights that can be discovered in the region. The Autumn edition will run from November 22 to December 2, 2012, with the same characteristics as in previous editions. The route will run from Thursday through Sunday, in the afternoon, 12.00 to 4.30pm and evenings, 7.30 to 11.00pm. The price has remained the same throughout all editions, a very reasonable €2.00 for a tapa and a drink.

Torrevieja’s Councillor for Tourism and Culture, Luis Maria Pizana recalled that the last edition of the Ruta de la Tapa broke all records, a total of 75 participating bars and restaurants that offered over 300 tapas in just two weeks. He noted that this event has proved to be one of the most successful events in the City. It was founded in 2009 with just 20 locations and Pizana continued by saying that “Today the event represents more than triple the participants, offering a benchmark not only for the city but for entire district of the Vega Baja.”

The event affords visitors and residents of Torrevieja a perfect opportunity to discover some new locations for food and drinks throughout the city. Past editions have seen more than 200,000 tapas served with many participants making an event of it and enjoying a night on the town visiting the different hostilely establishments on the route. For just €2.00, it’s an offer that’s hard to beat.