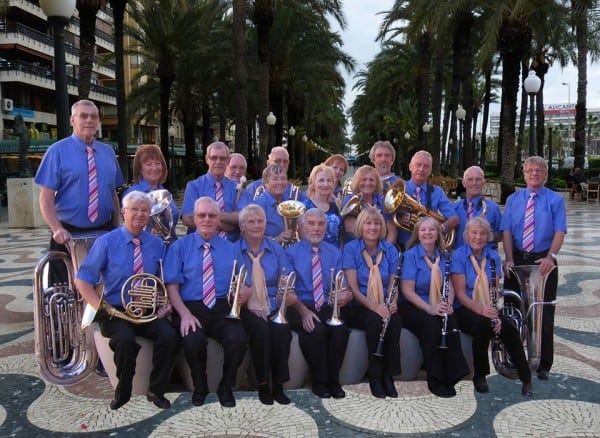 The Phoenix Concert Band are now preparing for their forthcoming concerts with a busy schedule in the months ahead.
Due to some of our players re-locating we currently have vacancies for trombone, saxophone and BBb or Eb Bass players.

Any other experienced players who are permanent or semi-permanent residents in the Costa Blanca/Calida area who are interested in joining our well established and can commit to regular rehearsals are always welcome.

The band rehearses every Tuesday 2pm to 4 pm in San Miguel de a Salinas.
PM me (below) for further details or e-mail thephoenixconcertband@gmail.com

In 1993 seven musicians from various musical backgrounds got together and formed The Oompah band. With no other bands in the region it soon became apparent that there was a great demand for a diversity of band styles, so the Oompah Band formed two additional bands, The Vega Baja Big Band and what is now known as The Phoenix Concert Band. 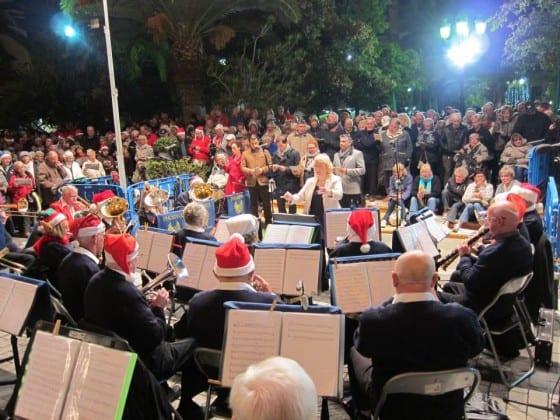 The Phoenix Concert Band, which is well known for the annual “Carols in the Square” meets weekly to rehearse a wide variety of music in order to provide programmes for concerts, clubs, associations, fetes/garden parties, and fund raising for charities. Their repertoire, which varies widely, includes marches, light classics, Broadway and West End productions, and carols.

Julie Schofield, the band’s current Musical Director, endeavours to attain a high standard of playing by utilizing the skills she has achieved throughout her musical career. Julie studied for 4 years under Roy Newsome when she obtained a degree in band musicianship with a distinction in conducting.