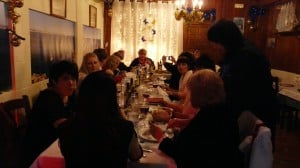 The influx of Russian speakers has led to speculation that their high-spending presence will boost the Costa economies. Not so fast, urges Michael Walsh whose business interests are embedded in European Russia and Kazakhstan. He believes the local infrastructure and property related economy will surge. However, he cautions that Russian speaking entrepreneurs will exploit Costa complacency. Rather than become clients, incoming Russian speakers are more likely to become rivals to British and Spanish owned businesses.

Expect to see a rich and growing diversity of entrepreneurial Russian businesses from real estate and property related services to restaurants. A good similarity would be the mushrooming Asian business presence in Britain.
Michael says, “The Asians keen sense of business shrewdness, willingness to be price competitive and focus on client satisfaction led to the demise of many British run businesses. This is what we can expect from the rapidly increasing Russian presence.”

The Russian speaking community in Torrevieja and similar regions is now second to that of the British community and closing the gap fast. 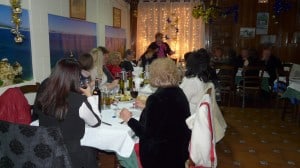 Russians, Ukrainians and Kazakhstan’s guests, many in business meet and collaborate.