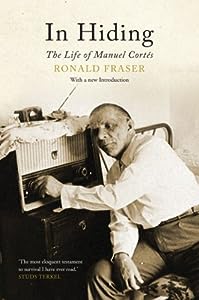 Now, at the beginning of the 21st century, Mijas is a busy tourist town. It is found between Marbella and Málaga City and has survived the boom and bust of the property bubble probably better than most towns. It is probably one of the most cosmopolitan cities in Europe. Spool back 80 years to the 1930s and things were very very different. In 1936 Manuel Cortes was a Socialist Party member, an activist in the peasant reform movement and an organiser in the farm-workers’ unionisation struggles. He also became mayor of Mijas in the spring of that year. He was thus the last republican mayor before the outbreak of the civil war. That made him “A marked man”. For the next thirty years he evaded Franco’s execution squads to survive in hiding in his Mijas home until an amnesty was decreed in 1969. Yes, something of an Anne Frank feel to the account but this book works at more and deeper layers. Anne was a young girl. Her crime? To be born into a Jewish household in the Nazi-occupied Netherlands. Cortes was, on the other hand, an adult and a committed social democrat who volunteered to fight (at Teruel) for the cause he believed in. Cortes hid in a tiny room in his own home for 30 years, monitoring the changes in Spain throughout the 40s, 50s and 60s with the help of his trusty radio and a wife who had to endure the sham of a life that her family were living through.

More a fascinating socio-political history than an travelogue of Mijas, this account will help any tourist or resident understand what helped make Mijas the town it is now.

The book like thousands of other books about Spain is available through www.Books4Spain.com